Revelers watch the sun rise from the Stone Circle as Glastonbury Festival comes to an end at Worthy Farm, Somerset. June 29 2015.

Like the cliche of many photographers, I got into taking pictures by means of my dad letting me have a go on his camera, which he then struggled to get back. I ended up taking photography all the way to University, doing a degree course at The University of Plymouth and graduating with a first in 2011. I was lucky enough (and through spending my summers doing work experience at local papers) to be offered a job coming out of university for South West News Service (SWNS), one of the largest agencies in the UK, and for the last four years that’s where I’ve been, covering news and features for the national papers.

One of the highlights of being a press photographer in the South West of England is having the opportunity to shoot Glastonbury Festival each year. If ever there was an event that you could fill your entire photography portfolio within a matter of days, this would be it. Everything from portraits, to music, to all the quirky stuff that happens there, it’s a photographers dream. The last few years I had been shooting on my Canon gear, and believe me, after 5 days of lugging it around a mud strewn festival site that spans the size of a small City, you start to feel it. So this year I planned something different, I thought I would try using the Fujifilm X-T1 system to cover the festival. Armed with the X-T1, 16-55mm 2.8, 56mm 1.2, 50-140mm 2.8 and the 23mm 1.4, I took to the, for the most part, sunny fields of Glastonbury for one of the biggest festivals of the year. 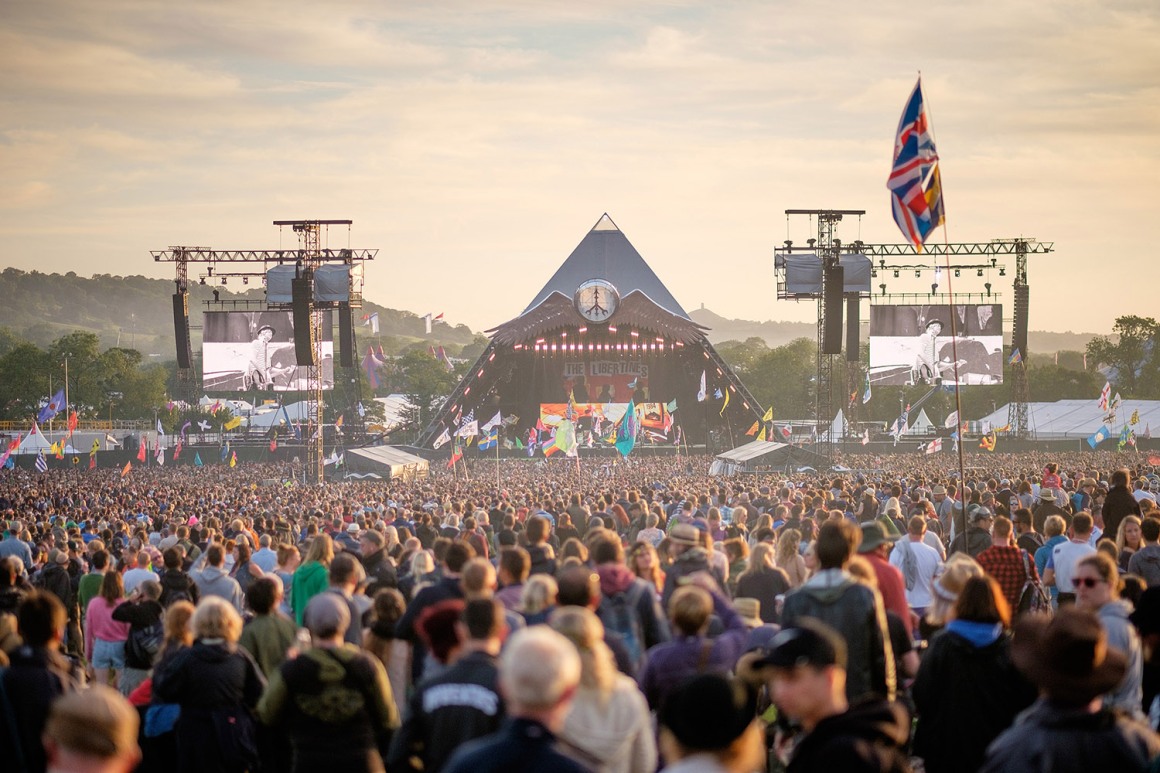 Revelers enjoy the Friday night atmosphere at Glastonbury Festival on Worthy Farm, Somerset. After a deluge of rain, the sun broke through for the headliners. June 26 2015. 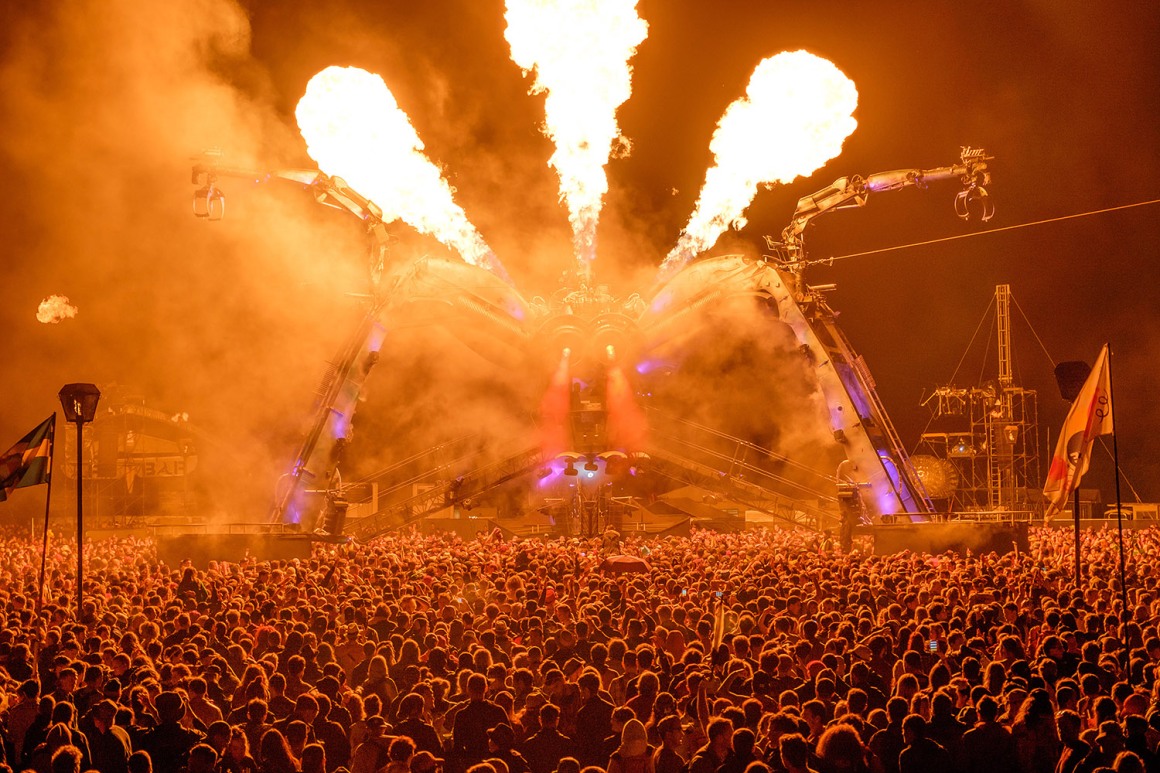 Arcadia bursts into life as revelers enjoy the Friday night atmosphere at Glastonbury Festival on Worthy Farm, Somerset. After a deluge of rain, the sun broke through for the headliners. June 26 2015.

A dressed up woman poses for a photograph as revelers start to make their way home as Glastonbury Festival comes to an end at Worthy Farm, Somerset. June 29 2015.

The first obvious thing I noticed was just how light the little X-T1 was, even when paired with a long, fast zoom. It made light work of the arrival shots, which was of course the somewhat predictable shots of guys and girls arriving with too many bags and crates of booze.

That evening, it was a trip up to the stone circle as thousands of people watched the sun set over the massive site by the Glastonbury sign. I tried out a few panoramas here using the built-in mode on the X-T1, which worked perfectly and really gave a good sense of scale to the site, which is the size of a town!

Throughout the rest of the festival, it was a classic mix of music and colour shots. Come rain, shine, night or day I was out and about with the camera. And, the size & weight of the camera really meant I didn’t feel like crawling into my tent for a rest. Well, at least not until the wee hours of the morning. I was also blown away by the quality of the images produced as well. For a non full frame camera it was fantastic in low light with very usable high ISOs, and when it came to editing some of the built in film emulation presets made it easy to give a stylised look to the images. 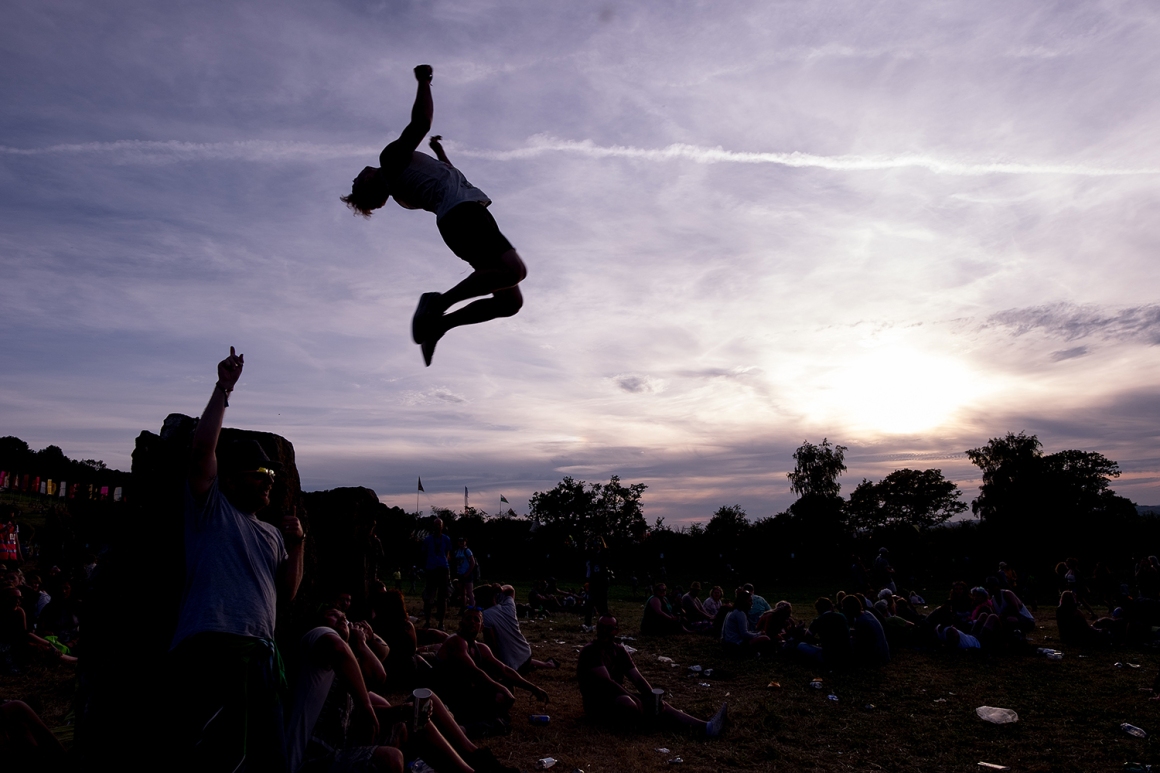 Florence and the Machine performs on the Pyramid stage at Glastonbury Festival 2015, on Worthy Farm, Somerset. Florence was moved up the running order due to the Foo Fighters having to drop out. June 26 2015. 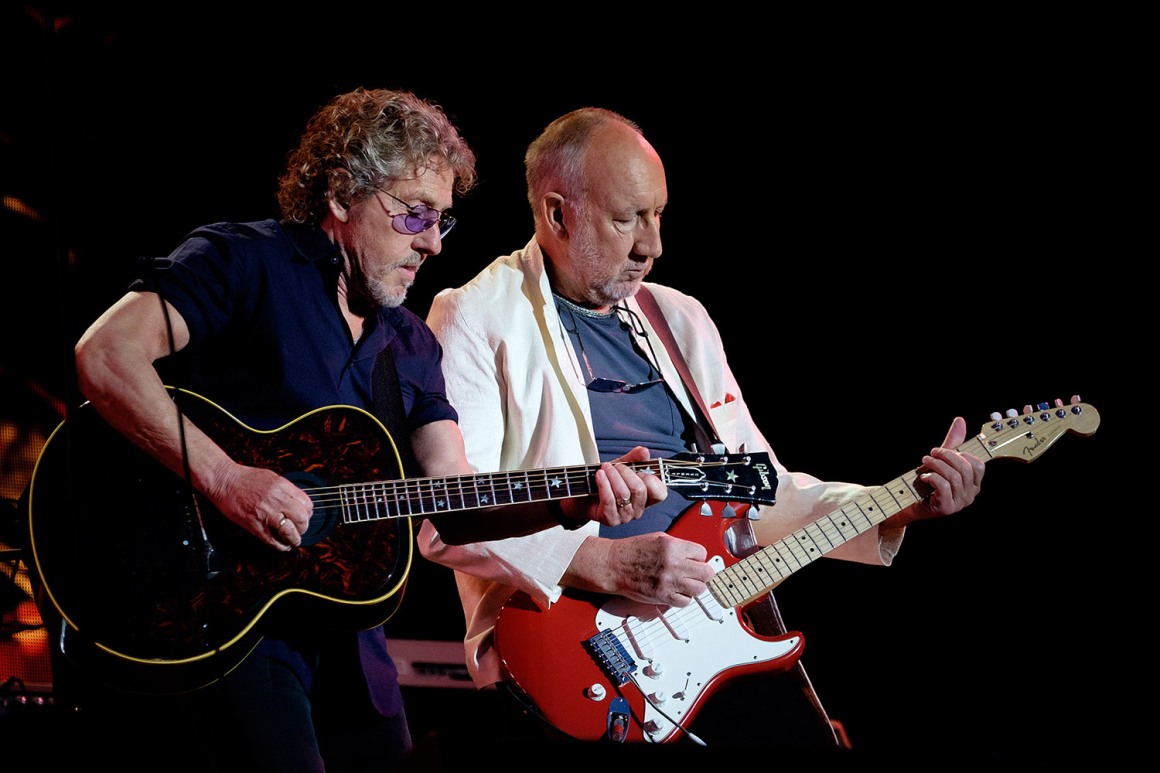 The who perform on the Pyramid Stage to close the festival at Glastonbury Festival on Worthy Farm, Somerset. June 28 2015.

After using the camera and lenses for the best part of a week, I found my favourite lens to be a fight between the 16-55mm and the 56mm. But the 16-55 might have just stolen the show with its weather sealing. It was much needed come the Friday when the heavens opened for the first of two deluges that weekend. I was confident enough that the camera and lens wouldn’t give up, even though the rain really was coming down and the mud started to build up in true Glastonbury style.

I think the key to photographing Glastonbury is to approach it with an open mind. There are pictures everywhere you look. Interesting people, music, and just the vast site that the festival is based on. Having a camera with you at all times means you’ll never miss a shot and that’s what I really loved about the Fuji system. I could carry around a body and a couple of lenses and not feel like I needed a trip to the chiropractor afterwards. Oh, and of course the main thing to remember when covering Glastonbury…wellies. NEVER forget your wellies.

Revelers play in the mud as the sun comes out, following an hour of heavy rain at Glastonbury Festival 2015, on Worthy Farm, Somerset. June 26 2015.

If you would like to see more of my work, please visit: 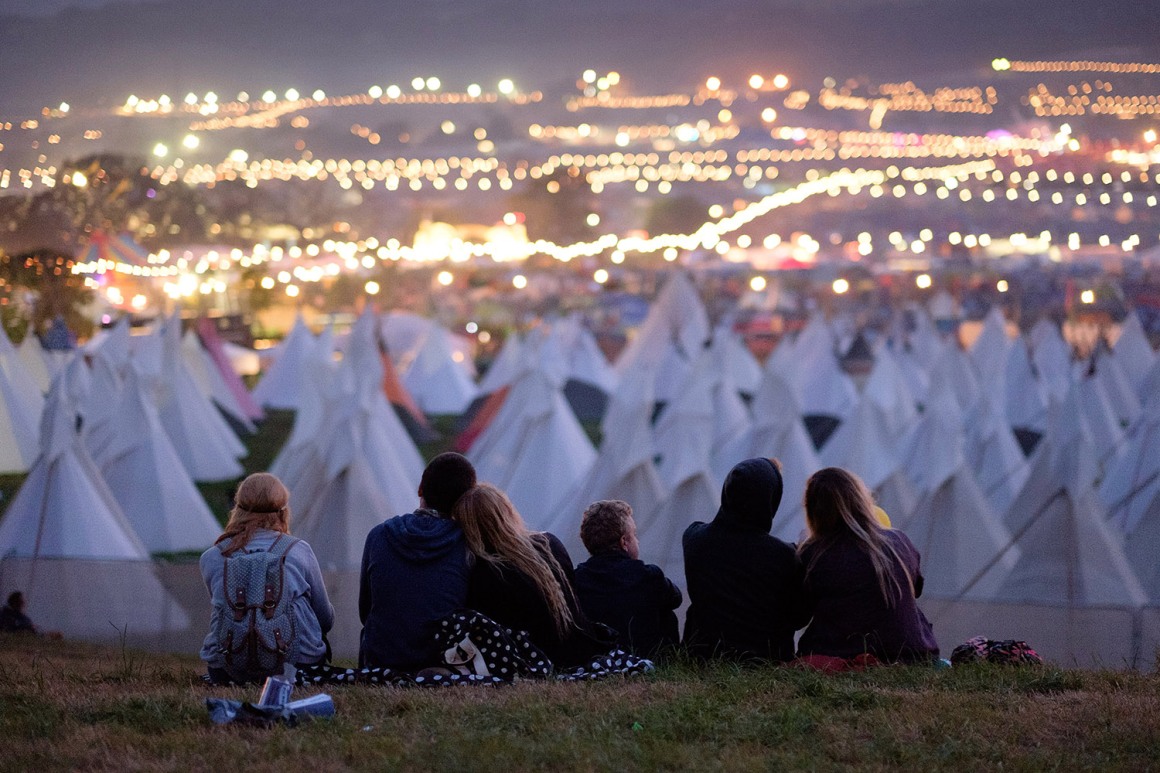 Revelers watch the sun rise from the Stone Circle as Glastonbury Festival comes to an end at Worthy Farm, Somerset. June 29 2015. 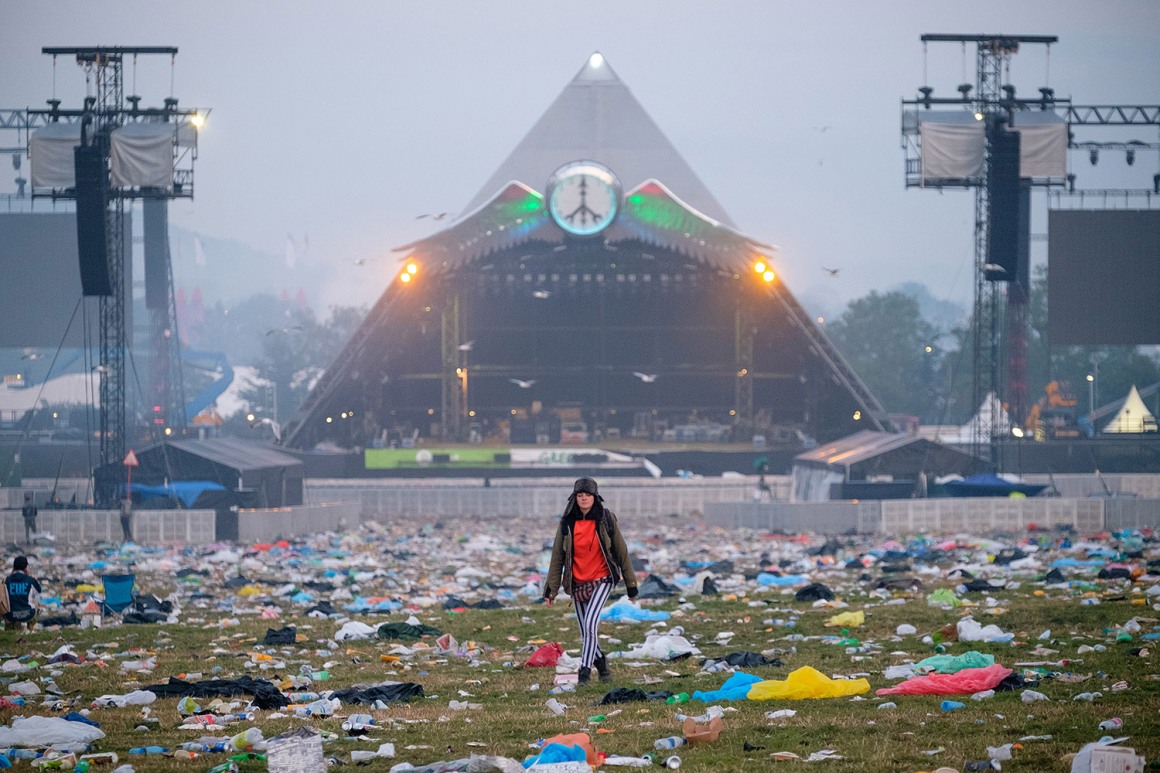 Revelers begin to head home through a sea of rubbish near the Pyramid Stage as Glastonbury Festival comes to an end at Worthy Farm, Somerset. June 29 2015.